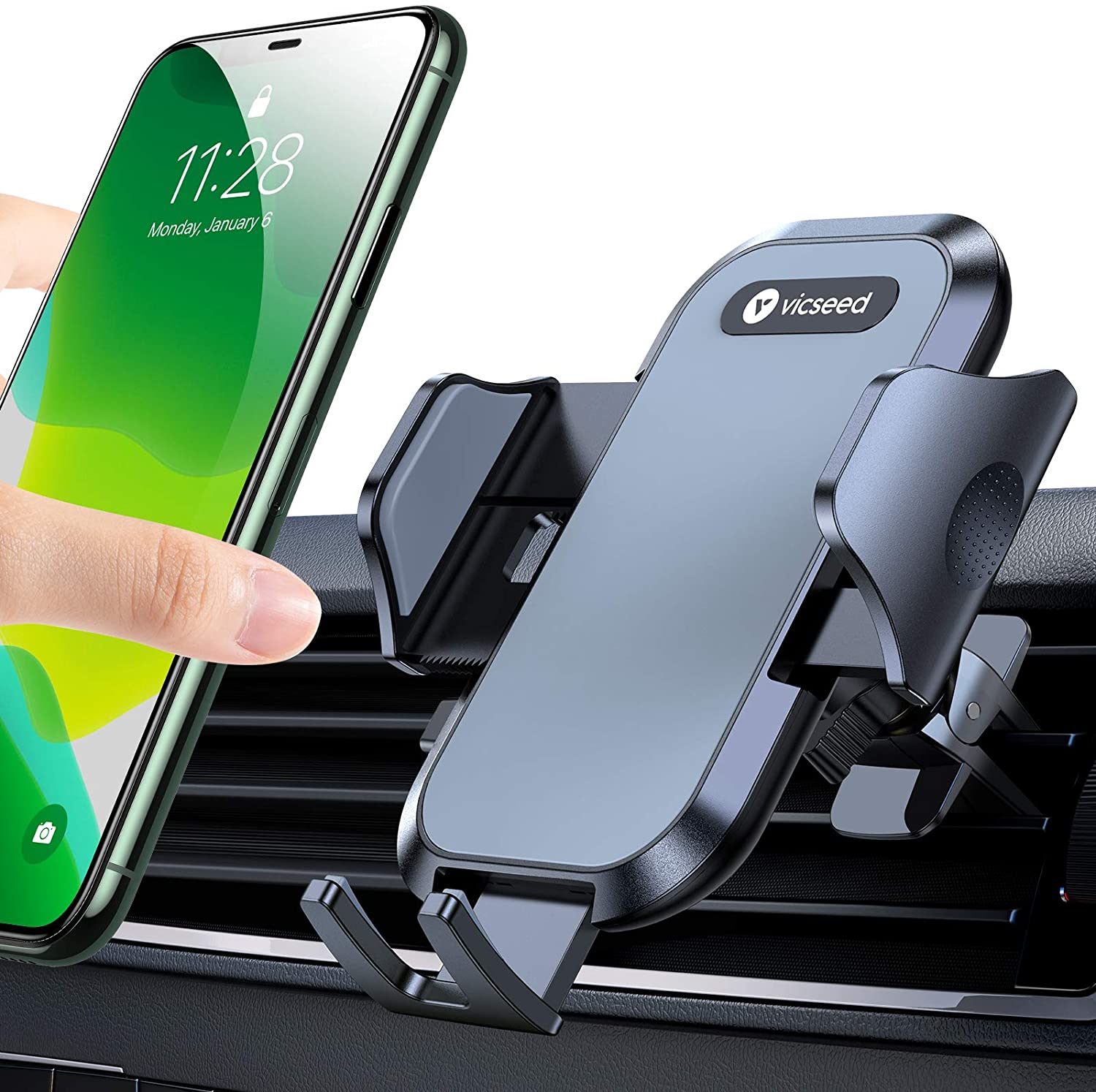 It is true that the car phone mount matters for the drivers' safety, and we should surely choose the best holder for ourselves, but since there are so many car phone mounts in the market, choosing a holder among all the similar products for a “rookie” of the holder would be not easy. So today we would like to compare in detail two kinds of car phone mount by which to give you some ideas.
The two kinds of phone holders are EasyClamp and AutoClamp. To begin with, let’s take a look at the front view of the two series product.
Start with the same points. In fact, if you are totally new to car phone holders, then when you first look at these two series, it is very likely that you can’t find any apparent differences. The shape, function, and working principle of the two series don’t have a distinct differentiation. They are both be used to grasp your phone and avoid shaking and falling, they both can be placed in several parts in your car, and they both use military-grade material, which guarantees a priori the sturdiness.
Besides, their structures and accessories resemble. The EasyClamp and AutoClamp both have two clamps to grip the phone, which means you need to manually put the cellphone in the holder other than slide the phone in it. And you also need to adjust the width of the holders every time you use them. Moreover, they are not connected with electricity, which means they are both just holders, and you can’t use the holder itself to charge your cellphone. So if you are a heavy user of a cellphone and your phone doesn’t have a big battery, then you’d better use it with a charging cable.
The differences might be harder to distinguish.
The most evident difference that you might be noticed since the very beginning is possibly the little bottom on the panel of the series AutoClamp. This bottom is a key mechanism that determines the biggest functional differences between the two series. The AutoClamp is, as its name, an automatically-grasped holder, which means you don’t have to grasp the clamp manually every time you use it. Just put it on the holder and it grasps the phone itself.
This decides directly the steps of using the two series.
How is it like to use these two series holders? When using the EasyClamp holder, there are only 3 steps, when using AutoClamp there are only 2 steps: lose the clamp, and put the phone on the bottom tray. It minimizes to the most extent the usage of a holder.
There is also another difference between the two series——The EasyClamp has the One-button release system, but the AutoClamp has two long handles on both sides. This doesn’t quite make big differences when actually using the two series but it might seem to be more effort-saver to press a longer handle when you release the clamp.
Talking about the accessory and the function of the two series, how do we choose from the two series after all? We are going to answer this question by prompt you some using situation.
For those who hurry in your car every morning and need to start the engine as soon as possible, then an automatic-use mechanism may help you avoid adjusting the phone and save your time. But for those who really need to make sure their phone is grasped very sturdy and who worry every time a clamp automatically gripes by itself, then it will maybe be better that you adjust the clamp by your own hand at the very beginning.
But in a word, the two series don't have great differences. They are indeed, and already examined by the market, good holders. Their cradles can both go with several accessories to meet all your needs in your car, no matter you’d like to settle it on the dashboard or on the air vent. So it’s up to you to decide which using situation you most frequently come across, and in that case, choose the suitable one for you.